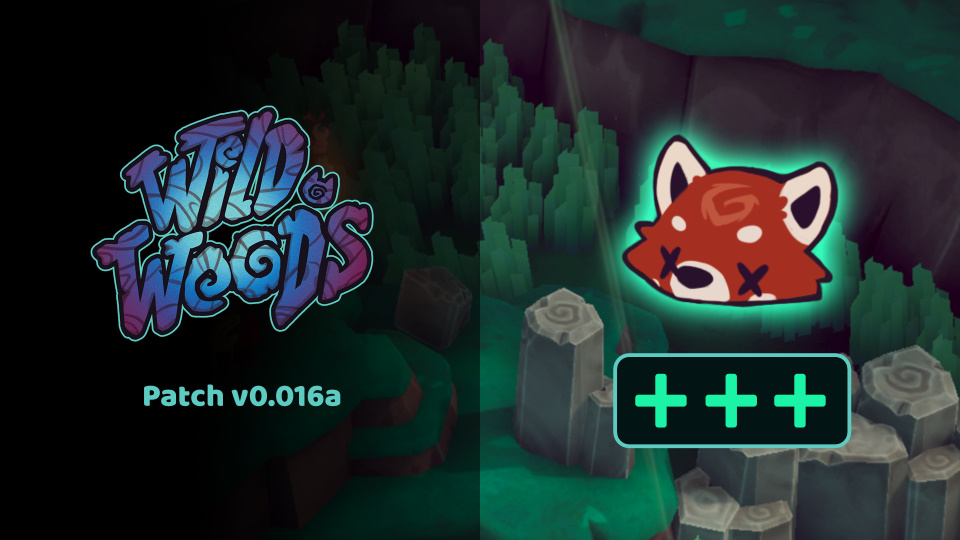 We wish you a health day,

we really like every kind of feedback, for this patch its much more important because of the corona virus it is really challenging to balance a four player local coop game therefore some things could be a bit unbalanced. If you find any issues feel free to tell us (Discord ,  Twitter  ect.)

The wagon no longer stops when a player is unconscious, instead unconscious players who leaving the screen are resuscitated after 7 seconds next to the wagon.
If player revive each other both are immortal for a short period of time. Furthermore Rosie (The chamois that pulls the car) does not stop if she hits a road blocking tree. Instead the tree is destroyed and the wagon drives on. Overall the game should be a bit more challenging and forgiving.

Fixed: Rosie could not move if you restarted after you beat the boss.
Fixed: The wagon gold ui had sometimes wrong scaling.
Fixed: Removed some lags, when enter the first night, spawning the boss or choosing a path at crossroads.
Fixed: Sometimes you could just walk through elite rabbits.
Fixed: blurry ui text while moving.

As always feel free to join our Discord to keep in touch! If you have problem to install the mac version please try this:
How to fix the game does not start on Mac issue

Go on an expedition, cooperate with up to four friends and fight your way through the woods